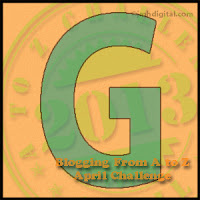 Horror is often full of the frightening and mysterious. For me, the best (or worst, depending on your point of view) part of horror stories and movies is the unknown. Not knowing exactly what that dark shape is or where the disembodied voice came from is sure to send goosebumps down my spine.

While more recent films have made horror into a bit of a slasher genre, I prefer the ones with odd creatures or humans doing things that aren't quite natural to creepify me.

Some of the most popular creatures are also the most misunderstood. The following three creepy critters should be in every horror fan's vocabulary: 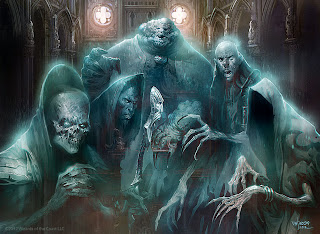 Traditionally, ghosts are the souls or spirits of dead people. Descriptions in stories (and real life) have varied from wisps of light to fully formed, transparent bodies.  The belief in such apparitions appears to have existed since ancient times when ancestral worship was still widespread, primarily in ancient Mesopotamia. Ghosts were thought to come into being at the time of death with all the deceased's memory and personality. They would then dwell in the netherworld where they led a life similar to the one they'd left. Because of this, the dead person's relatives were expected to make regular food and drink offerings to sustain the spirit in their afterlife journey. If they did not, that spirit was believed to come back and cause them trouble.

The word "ghost" comes from an Old English word that means "anger," "fury," or "to rage." It wasn't until the 14th century that "ghost" became synonymous with the deceased. Spectre, wraith, spook, and apparition are also modern equivalents.

Ghosts in literature can be found in Hamlet, A Christmas Carol, Stephen King's The Shining, and F. Marion Crawford's The Upper Berth. 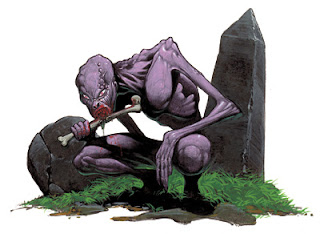 Ghouls are the folkloric term for our notion of zombies. They are undead creatures who consume living human flesh and are often associated with graveyards. The word "ghoul" comes from an Arabic term that means "to sieze." In ancient Arabic folk tales, ghouls were a type of evil jinn that lived in burial grounds and preyed upon unwary travelers passing through the desert. They were notorious for kidnapping children, drinking blood, and taking the form of the last person they devoured.

In literature, ghouls can be found in One Thousand and One Nights, William Beckford's Vathek, Harry Potter and the Chamber of Secrets, and H.P. Lovecraft's The Dream-Quest of Unknown Kadath. 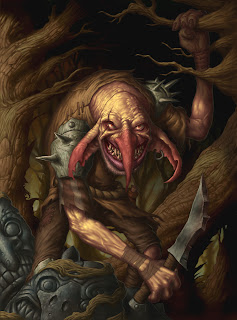 In legends and myths, a goblin is known for being, at best, a mischievous creature and, at worst, an evil phantom. Different stories give them conflicting abilities but their top attributions make them greedy, temperamental, and easily perturbed. Various myths have them attacking hapless travelers and dining on them in the most grotesque ways. While usually a core of fantasy fiction, their evil nature has nevertheless been used in more horror-based stories, as well. They can be found in Tolkien's Lord of the Rings and The Hobbit, George MacDonald's The Princess and the Goblin, A Book of Ghosts and Goblins by Ruth Manning-Sanders, and It's Halloween by Jack Prelutsky, as well as in many video and roleplaying games.

"Goblin" comes from the Old French "gobelin" which is thought to be related to a word that means "knave" or "rogue."


So there you have it. What are your favorite spooks?

Email ThisBlogThis!Share to TwitterShare to FacebookShare to Pinterest
Labels: 2013 A to Z Challenge, A to Z Blogging Challenge, horror, Murderous Monday