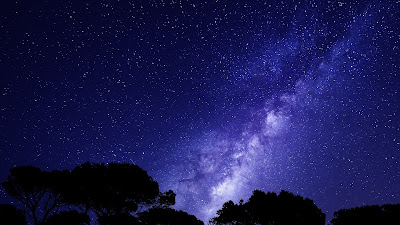 Born from the idea that children who play with lightsabers and adults who still hold magic missile battles in the living room should not be frowned upon, Visions of Other Worlds is a safe haven for star captains, hobbits, super heroes, and anyone else who enjoys a good fantasy or science fiction story.

When you read Visions of Other Worlds, you've opened yourself to an amazing journey...an exploration of time, space, and other worlds. As you revel in the 'verse of possibilities, I hope you find at least a touch of the childhood magic we all too often leave behind when we grow into maturity.

My name is Jessica Marcarelli and I write fantasy and science fiction stories. My love of books dates back to my earliest memories while my passion for story-telling was birthed on the top of the playground monkey bars, from which I invented daily scenarios for my playmates to act out.

Though I heartily believed in fairies and mermaids at a young age, my introduction to science fiction came when I first saw a Wookiee run across my TV screen. My fascination with the stars, aliens, space travel, and distant civilizations only grew from that time on. Later, as friends introduced me to the X-Men, Middle-earth, and the Federation, my fantastic and scientific interests merged. Then I read Kathy Tyers' science fiction romance, Firebird, and my world changed. It was no longer a question of what I would read or watch next. I needed to create it myself. So began one of the most fulfilling adventures of my life.

I write about everything from space to wizards and, more often nowadays, real life. Several of my short stories, poems, and articles have been published through the years.

My current project is a book collection of my short stories, some old, some new. It's making its slow way to eventual publication.